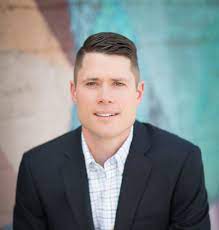 Joseph is a Documater and founder of A2J Tech Store, a social enterprise that builds technology to improve access to justice. Joseph is a zealous believer in the power of document automation to make the legal system more accessible and affordable. Joseph enjoys the craft of using a human-centered design approach to developing automated forms.

Joseph is a Documator and founder of A2J Tech Store, a social enterprise that builds technology to improve access to justice. Joseph is a zealous believer in the power of document automation to make the legal system more accessible and affordable. Joseph enjoys the craft of using a human-centered design approach to developing automated forms.

Tell us a little about yourself.

I’m the founder of A2J Tech Store. We provide technology services to the legal industry, with a focus on projects that meaningfully improve access to justice. As both a project manager and a programmer, I’m able to efficiently design and implement technology projects. I’ve presented on document automation at the Legal Services Corporation (LSC) Innovations in Technology Conference and for the National Federation of Paralegal Associations.

What is your document automation experience?

I’ve worked on two large document automation projects for Florida Name Change and Turning 18, as well as several smaller projects. On the large projects, we designed websites to help people understand the legal processes as well as fill out automated forms. We also often work on automations that happen after the user fills out the form, such as storing the form information in a database, emailing forms or notifications, and sending text messages.

What areas of law or documents do you have experience building workflows or legal apps in?

Can you describe your process for how you build a document automation workflow?  How do you start crafting the questions you'd like to ask?  What interactions do you have with the client throughout that process?

I could write a book on this subject, maybe I’ll do that! I have a presentation on document automation that goes through the development process. To summarize:

What do you think are the most important qualities for a document automation specialist to have when working with a client to automate their templates and forms?

What is your favorite project A2J store has worked on?

My favorite project is the development of Florida Name Change. I worked with a great team at Southern Legal Counsel and a long-time colleague. I wrote a long blog post about it on Makerpad.

According to Florida’s court records, there were approximately 40 name change petitions in 2016, the year before I began working on the project. My thought was that building the platform should be able to double this number. I was way off. The usage of the platform has been significantly greater than I ever imagined. I took a snapshot in December 2018, which was about nine months since we launched the application. Here are some of the stats:

What do you do for fun?

I enjoy coaching my kids’ youth sports, watching movies with my wife, and exercising.

Want to hire Joseph as a document automation developer?  Send us a message at hello@documate.org, or book a time for a call on the calendar here.